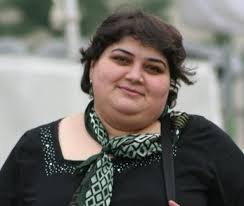 In recent years Azerbaijan has developed a reputation as one of the world’s worst jailers of journalists. In the past 12 months numerous journalists and human rights activists have fallen victim of what appears to be a deliberate campaign to silence critical voices in the build up to the first ever European Olympics to take place in Azerbaijan in June 2015.

The imprisoned journalists include:

Full details of the charges against them can be found on the Council of Europe’s Platform to promote the protection of journalism and safety of journalists developed in co-operation with the IFJ and EFJ.

“We are alarmed at the scale of attacks against press freedom in a country that is a member of the Council of Europe and should abide by its principles on freedom of expression as laid down in article 10 of the European Convention on Human Rights.

“Our colleagues should be released immediately without condition.”

Most prominent among these is the case of Khadija Ismayilova who was arrested in December 2014 initially on spurious charges of incitement to suicide and since replaced with charges of libel and tax evasion for which she risks up to 7 years imprisonment.

“Given Azerbaijan’s record on press freedom, we fear that journalists travelling to report the European Olympics will face restriction and censorship. While we warn foreign journalists to take extra precaution during the coverage of the Olympics, we urge the government to ensure that both national and foreign journalists can exercise their rights to freedom of expression and conduct any journalistic activities freely and independently.”

In February it was revealed that Emin Huseynov, Director of Institute for Reporters’ Freedom and Safety (IRFS) has been holding up in the Swiss embassy since August 2014 fearing arrest following a raid on the IRFS offices. Huseynov was recently awarded €15.000 compensation by the European Court of Human Rights for abuse in police custody that he suffered in 2008.

In addition to jailing journalists on trumped up charges the government has successfully squeezed what remains of ‘independent’ press through a range of mechanisms, including excessive financial penalties imposed on media, government control over the advertising market and restrictions of the national distribution and printing systems. Newspapers Zerkalo and Azadliq are on the point of closure, while Radio Free Europe / Radio Liberty has been closed since December.

Last month the Azeri media reported that the government was issuing warnings to journalists applying for visas to attend the European Olympics. While acknowledging the right to engage in journalistic activities the rules threaten “any media person found spreading distorted information on Azerbaijan, thus unfairly representing the country’s interests will face the full force of the law.”

The IFJ/ EFJ warned that the “continued incarceration does great damage not only to the country’s reputation, but also to its aspirations of becoming a modern, stable democracy with international standards of human rights and respect for freedom of expression.”

The IFJ/EFJ have launched a joint campaign: Hands off press freedom in Azerbaijan.