Is Ukraine rescinding the Inter Channel broadcasting license? On the 28th of May the Ukrainian Broadcasting Council had to take a decision. Inter is accused of “destructive behavior” by prominent members of Parliament and of not being patriotic enough. The station is also accused of taking a pro-Russian stance.

But the Ukraine’s government broadcasting licensing authority has postponed a hearing on whether to rescind the license of one of the country’s most popular TV channels. AP reports that “deliberations were canceled after two out of seven board members failed to attend.”

Inter television station has faced criticism from members of parliament for its purported pro-Russia stance. Along with the threat of its license being revoked, the station is facing criminal investigations.

Inter says it is victim of a political witch-hunt and says media freedoms are being curbed in Ukraine.

Any perceived sympathy for Russia has become acutely suspect in Ukraine, which is battling separatists in the east who the government says are being directed by Moscow. 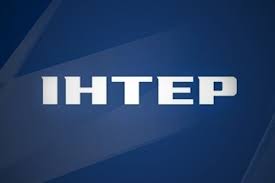 Will Inter Go Off the Air in Ukraine Over a Russian Pop Performance?

Inter has been one of Ukraine’s most popular television channels since the mid-1990s. Now it may close down over a New Year’s Eve show that featured three Russian pop stars.